In the early 2000's Karen was in a co-op gallery called Heaven Blue Rose. It was her first gallery and since it was a co-op she would have to spend a specified number of days each month running the place. On one of those days two gentlemen walked in and struck up a conversation with her. They were both named Robert and one of them was an artist looking for a space to show in. That was Robert Deyber. Karen and "the Bobs" hit it off immediately and when she came home that day she told be about these wonderful men she had met at the gallery and that I had to meet them. That was the first day of a nearly 20 year friendship.

Today that friendship ended when we heard that Robert had taken his own life. He had spent decades in pain. In the years that we spent a lot of time with him his pain was bad, but in the later years after he and Robert Graham moved to Connecticut it became a chronic debilitating pain. Multiple surgeries and mountains of medications provided little relief until the day it became too much for him.

It was so great hanging out with Rob and Bob. It was like being with family. A really engaging, funny and creative family. Bob and Karen would get into these creative riffs. Bouncing ideas off each other like professional tennis players. It was a joy to watch. We didn't see them much after they moved to Connecticut, but I always felt that if we could get up there we'd pick up right where we had left off. Karen and I are really going to miss him. 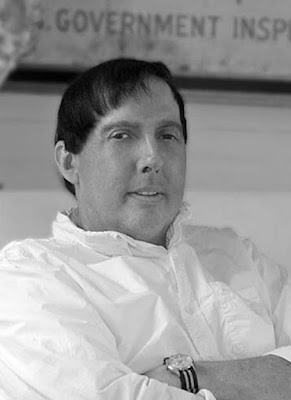